This project is located in Lyon at the Northern entrance of the city.

Situated along one of the major traffic route it is a large landmark for commuters (car, train and even boats). It also marks the end of a landscaped connection between the Saone banks and the main street of the neighborhood.

The museum consists of two thick concrete walls which create a space lit from the ceiling. The southern wing offers an open floor dedicated to temporary exhibitions as well as a conference room.

The visitor follows a path through the exhibitions that runs along the diagonal slant of the roof. The building offers a variety of space ambiances adapted to the art collection it holds. The end of the visit is marked by a large room at the top of the building full of light.

The large openings in the walls are opportunities to showcase the museum patrons to the public as well as allowing views of the Saone valley. 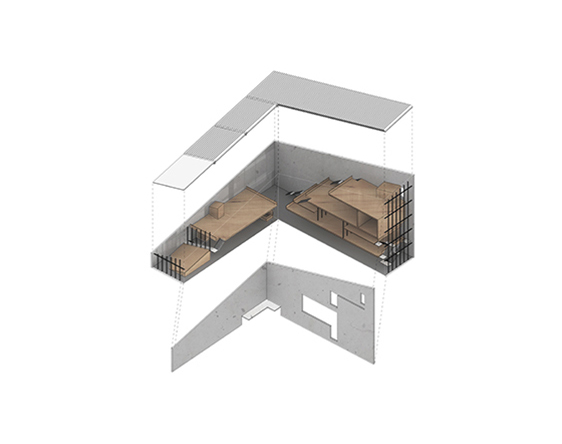 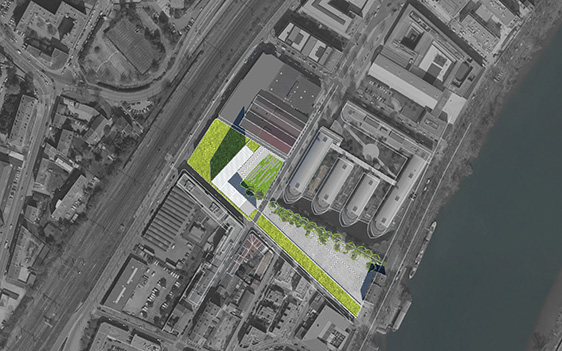 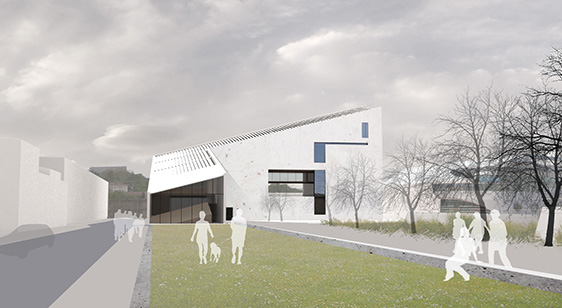 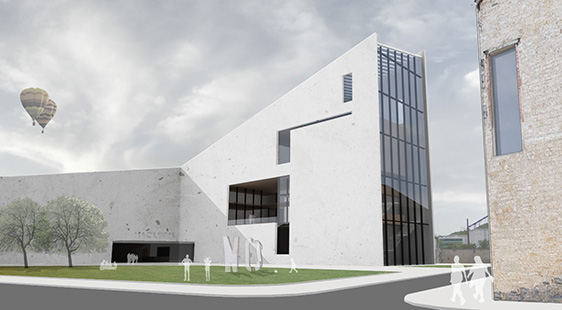 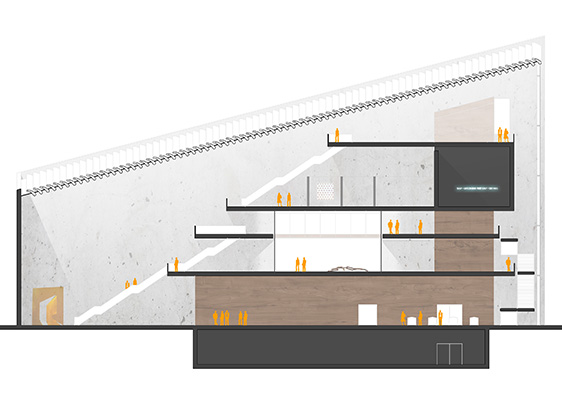 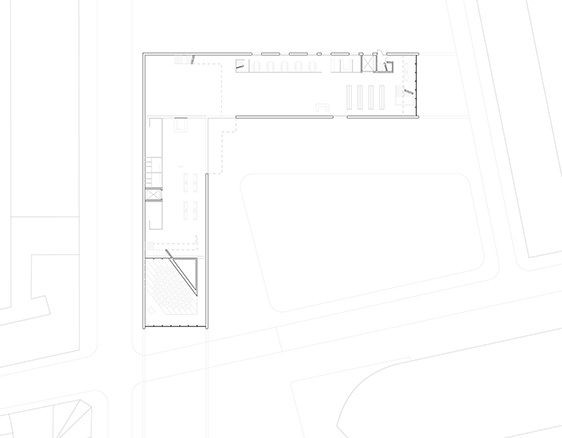 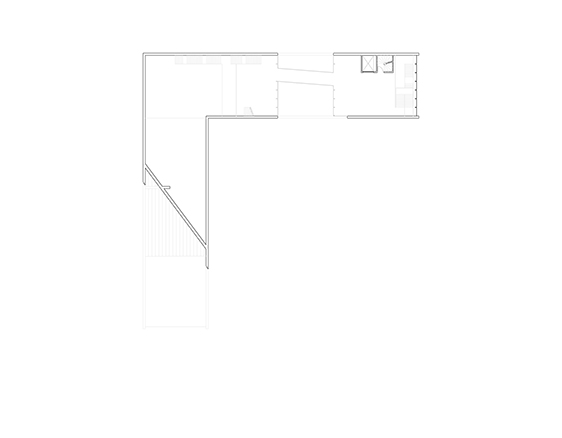