The aim of this study is to analyze the effects of the geometry of grid shells on their costs (considering material consumption). After investigating the static issues of such structures, tools were developed to generate their geometry and the finite element models in Sofistik. One of the main goals of this work was to automate most of the tasks in order to obtain quick results for a large amount of models.

One particular shape has been studied more deeply. It consists of a vaulted roof made of triangular glazed panels. Scripts which generate the members and the connections based on two parameters (height of the structure and dimension of elements) have been developed. They also apply loads such as dead load, snow and wind load, according to the Eurocode. A finite element calculation allows checking stresses and deflections and finding the most efficient cross section. The calculation of costs is based on the steel tonnage, the glass surface and thickness, and the connection nodes number. The procedure can easily be extended to study more complex shapes. 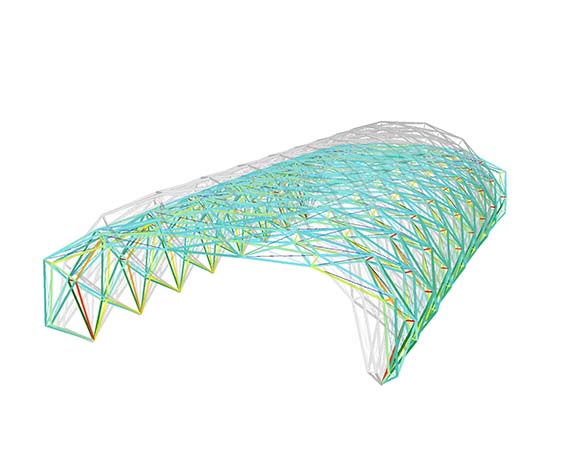 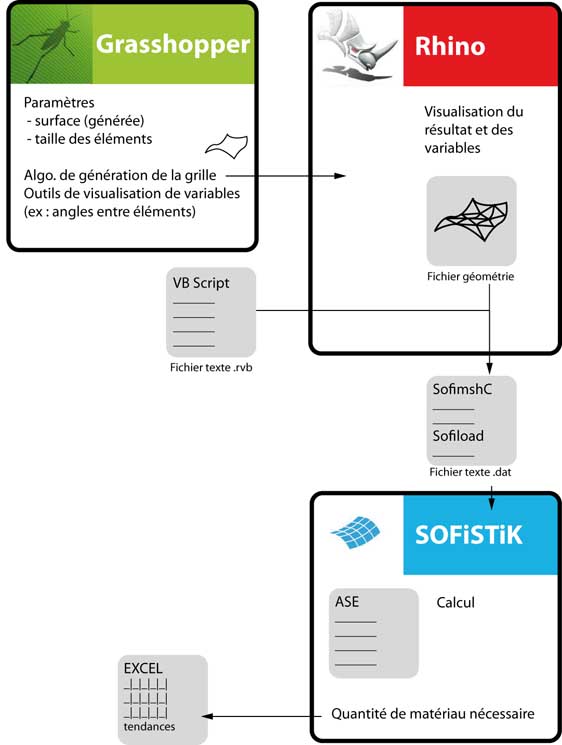 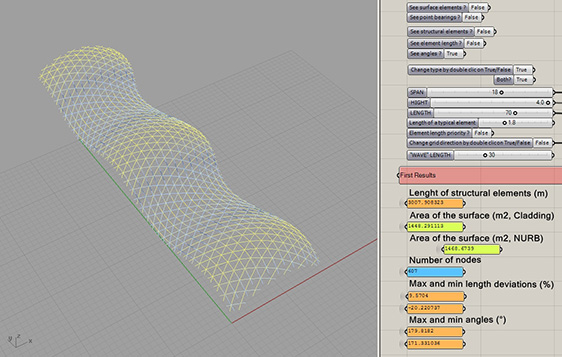 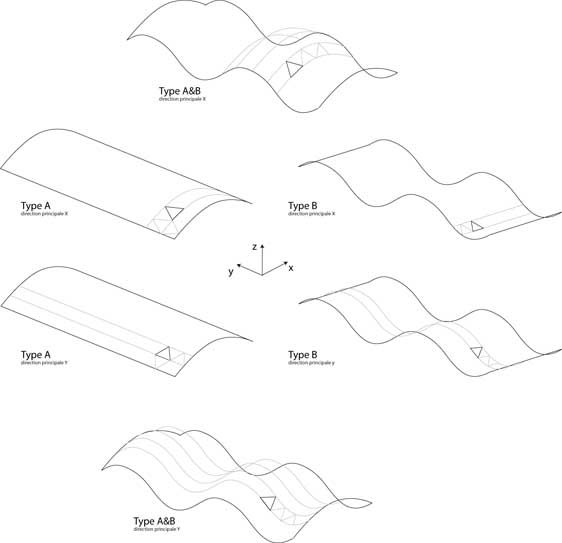 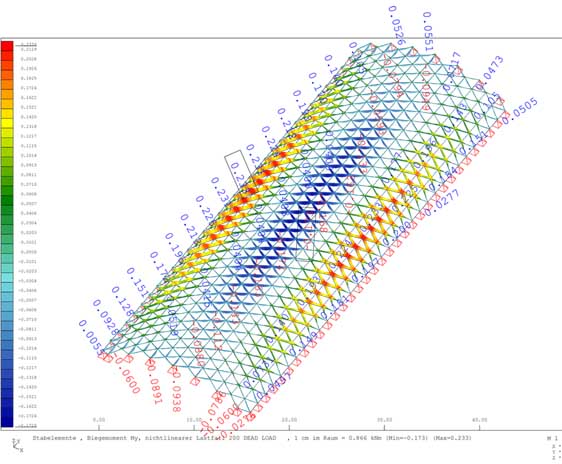